The automotive division of Plastic Omnium is composed of two main enterprises, Plastic Omnium Auto Exterior and Inergy Automotive Systems. The first provides external plastic elements (thermoplastic and composite) for cars, like bumpers and energy absorption systems, wing and front-end modules. The second provides fuel tanks. For this case study we are focusing on the new Bumper Paint Facility at Plastic Omnium at their Measham site Derbyshire.

Phoenix has enjoyed a long association with the French Automation company SPIE where in the past we have undertaken joint venture projects in the field of Industrial Automation and Robotics. For this project, Phoenix and SPIE offered a joint tender to GEICO Taikisha Europe and subsequently
won the project of which the Conveyor System was the responsibility of Phoenix.

The project commenced with design meetings between the final customer and key subcontractors.

From these initial design meetings a Functional Design Specification was generated by Phoenix and agreed by all parties.

The facility has been producing parts for it’s customers since March 2013. 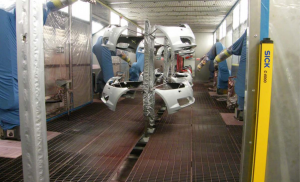 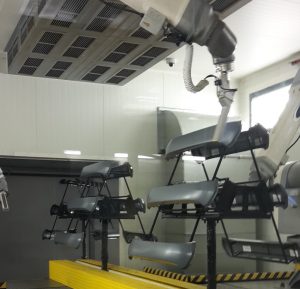 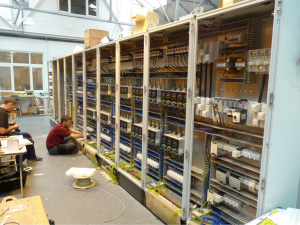